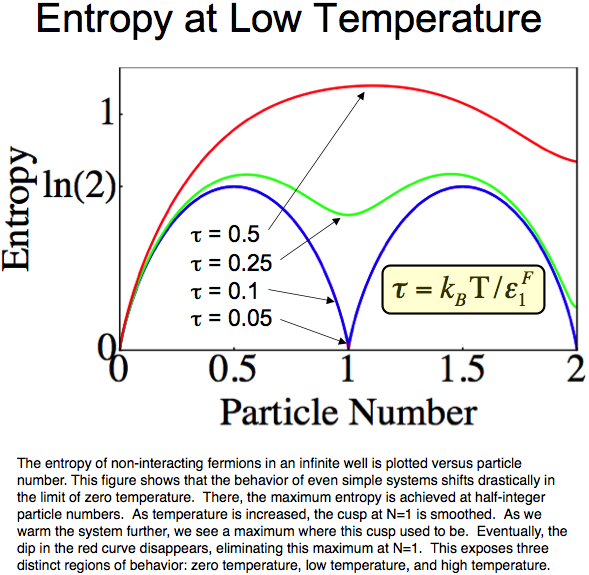 Thermal DFT combines the incredibly successful quantum mechanical method of density functional theory with the statistical mechanics of thermal ensembles. Though thermal DFT was introduced by Mermin in 1965, there is renewed interest in development in thermal DFT because of its recent use in quantum molecular dynamics simulations of warm dense matter (WDM). WDM occurs at high temperatures and pressures, such as those found in the center of Jupiter or on the way to ignition of inertial confinement fusion. Our group investigates mathematical properties of the exact universal functional at non-zero temperatures to guide development of temperature-dependent exchange-correlation functionals, which are especially necessary at these extreme conditions.

Time dependent systems are also very important for understanding energy exchange and transport. So another goal of this project is to provide accurate closures for a quantum hydrodynamic scheme based on time-dependent density functional theory for non-equilibrium systems to be used in simulations of dense plasmas. The quintessential test problem is charged particle stopping in a quantum plasma, in which a projectile particle loses energy to a target plasma. The classical, linear, zero temperature, and non-degenerate limits can be used to inform our model, and we are working on extending its validity for application to warm dense matter systems.

We graciously acknowledge support from